SHADE is one of the more influential – and cryptic – members of the Global Justice Initiative. The Legend Chuck Dixon decided that Shade merited his own comic and the first episode will be introduced on Arktoons next Friday along with HYPERGAMOUSE and two other series still to be announced. SHADE is a standalone series set in the A★H universe. 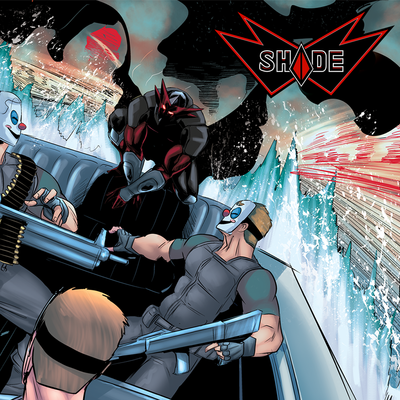 To subscribe to Arktoons, visit Arkhaven Comics and click on the big blue picture of Team Arkhaven. There are four subscription options, all of which support the continued production of the artwork for the various Arkhaven series like SHADE and A THRONE OF BONES.