GUN GHOUL Episode 10: Death is After Me

I’m very pleased to learn the great John C. Wright approves of the graphic novel adaptation of his SWAN KNIGHT’S SON for Arktoons. And yes, I can confirm that there will be a print edition once all six issues are completed, which will be delivered to all the Caligan backers.

Arkhaven Comics has produced a faithful adaptation of the Swan Knight’s Son trilogy of the Moth and Cobweb Chronicles.

Swan Knight Saga — Gilberic Parzival Moth is a strange and lonely boy who has grown up without a father, raised by a single mother who moves from town to town in fear of something she will not name. His only friends are animals, with whom he has always been able to speak. But when he awakens one night at the Thirteenth Hour, and sees for the first time the cruel reality of the secret rule of Elf over Man, he begins to learn about his true heritage, the heritage of Twilight. And when his mother finally tells him the terrible truth of her past, he must choose whether to continue running with her in fear, or learning how to fight against ancient powers that are ageless, soulless, and ultimately damned. Based on the 2017 Dragon Award Finalist for Best YA Novel by science fiction grandmaster John C. Wright. Adapted by Chuck Dixon. Illustrated by Richard Bonk.

At the risk of spoilers, here are some choice panels, with all sorts of important parts skipped. I am one of those few authors who enjoys illustrations of his work that actually follow and match the description given in the text. Everyone looks as he should, including the dog, the mom, the mermaid, and the baseball cap. It is a rare blessing, not to be underestimated. 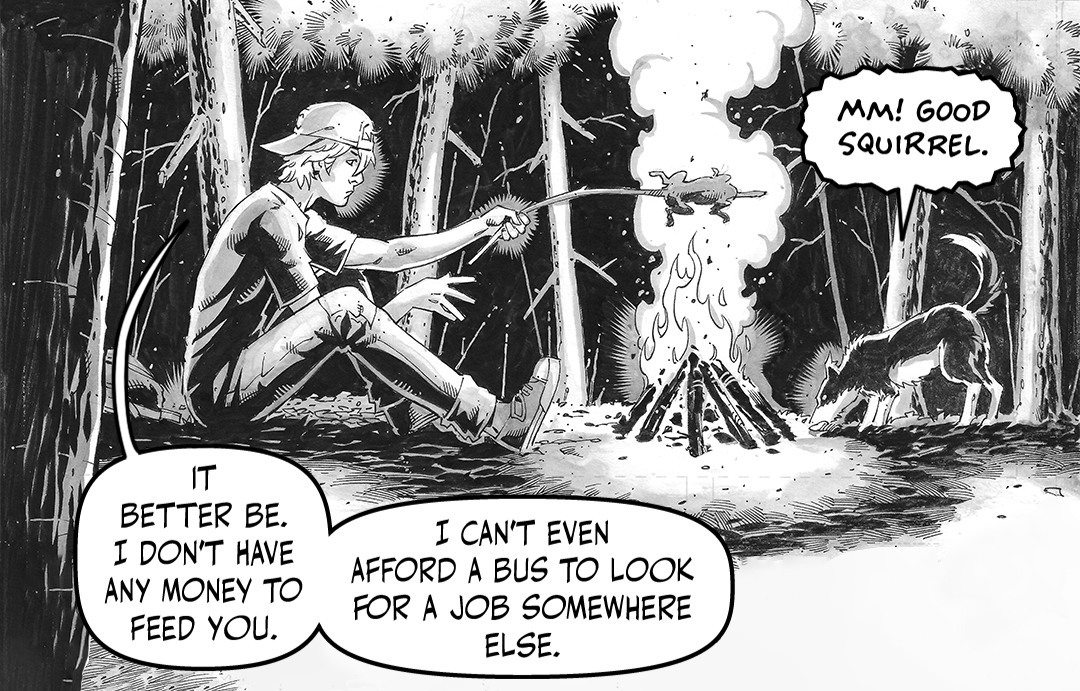