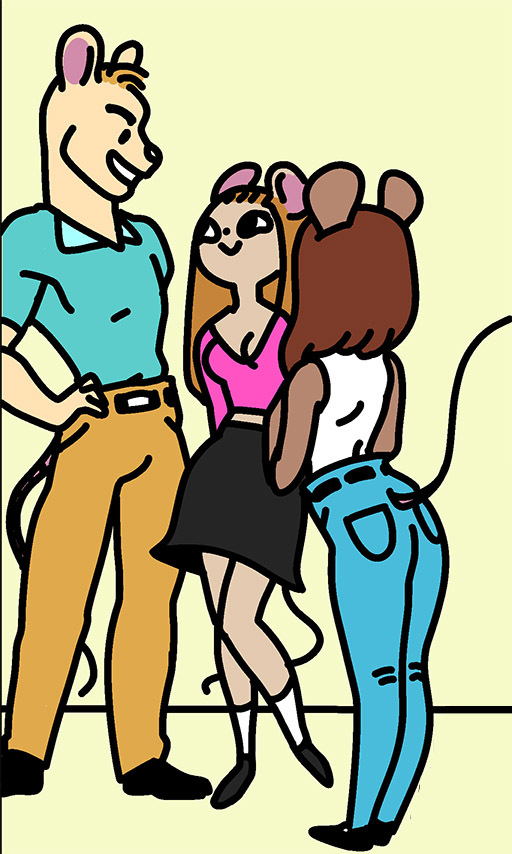 The new episode of Hypergamouse, NO ONE LIKES A ONE-UPPER, is now live on Webtoons. And Hypergamouse artist Lacey Fairchild is rapidly becoming one of Arkhaven’s star illustrators, as she’s in the process of graduating from just illustrating the strips to writing scripts as well.

As I mentioned on SocialGalactic, what sets her apart is her ability to convey facial expressions and body language in just a few simple lines. Here is a great example: the body language expressed by the female mouse in this panel from HM02 beautifully sets up the foundation for several future strips to come.

UPDATE: In not-entirely-unrelated news, MIDNIGHT’S WAR finished the Short Story submission period as the 26th most popular entry of the 5,071 total entries, and the 7th most popular in the Brain category. Prizes are awarded to the top ten entries in both categories, so it will be interesting to see how it fares in the judges’ eyes. The announcement of the winners will be July 31.