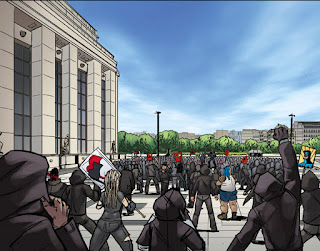 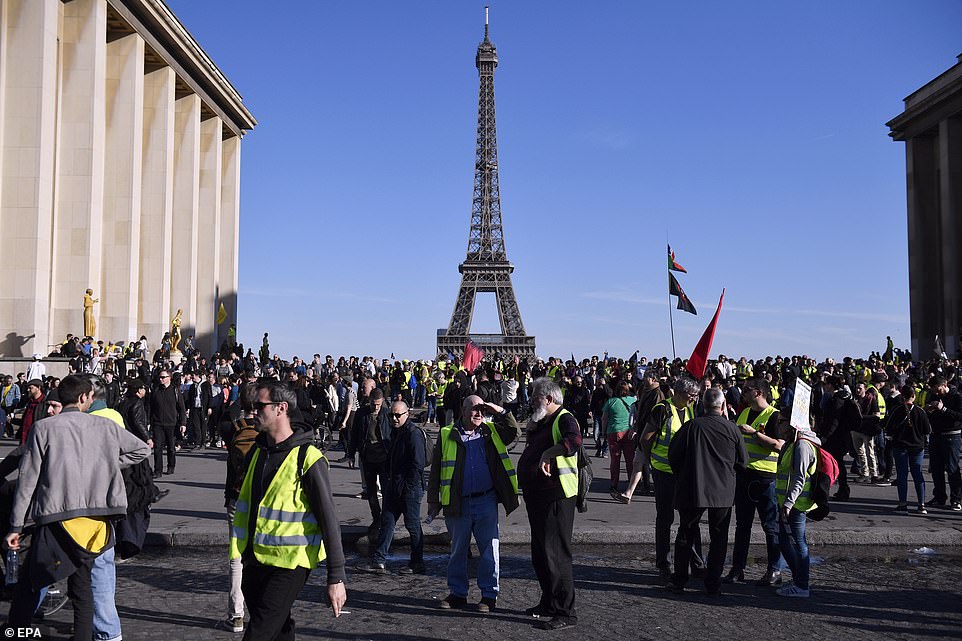 I’m not sure if this is a slightly different perspective or if the artist simply omitted the Eiffel Tower due to its frequent appearance on other pages. But it’s still rather striking, considering the timing. Of course, while I correctly anticipated the gendarmarie opposing the nationalists in The War in Paris, I thought Antifa was going to directly oppose the nationalists rather than try to co-opt their movement.

But I did get the yellow-and-black colors correct. Anyhow, we’re very close to completing the first Alt-Hero omnibus. I’ll make an announcement when it’s ready so backers whose addresses have changed will have the opportunity to update them. In other Alt-Hero news, we expect AH:Q #1 to be completed this week.