CNN reports that Trump had the biggest post-convention poll boost since 2000.

We all expected Trump to get a bounce from the convention, although I don’t believe many of us expected it to be quite this big…

Donald Trump comes out of his convention ahead of Hillary Clinton in the race for the White House, topping her 44% to 39% in a four-way matchup including Gary Johnson (9%) and Jill Stein (3%) and by three points in a two-way head-to-head, 48% to 45%. That latter finding represents a 6-point convention bounce for Trump, which are traditionally measured in two-way matchups.

There hasn’t been a significant post-convention bounce in CNN’s polling since 2000. That year Al Gore and George W. Bush both boosted their numbers by an identical 8 points post-convention before ultimately battling all the way to the Supreme Court.

The new findings mark Trump’s best showing in a CNN/ORC Poll against Clinton since September 2015. Trump’s new edge rests largely on increased support among independents, 43% of whom said that Trump’s convention in Cleveland left them more likely to back him, while 41% were dissuaded. Pre-convention, independents split 34% Clinton to 31% Trump, with sizable numbers behind Johnson (22%) and Stein (10%). Now, 46% say they back Trump, 28% Clinton, 15% Johnson and 4% Stein.

The actual poll results are here in PDF format. Trump is already up between three and five points and Hillary hasn’t even taken the stage yet. It’s only going to get worse for Clinton and the Democrats from here. 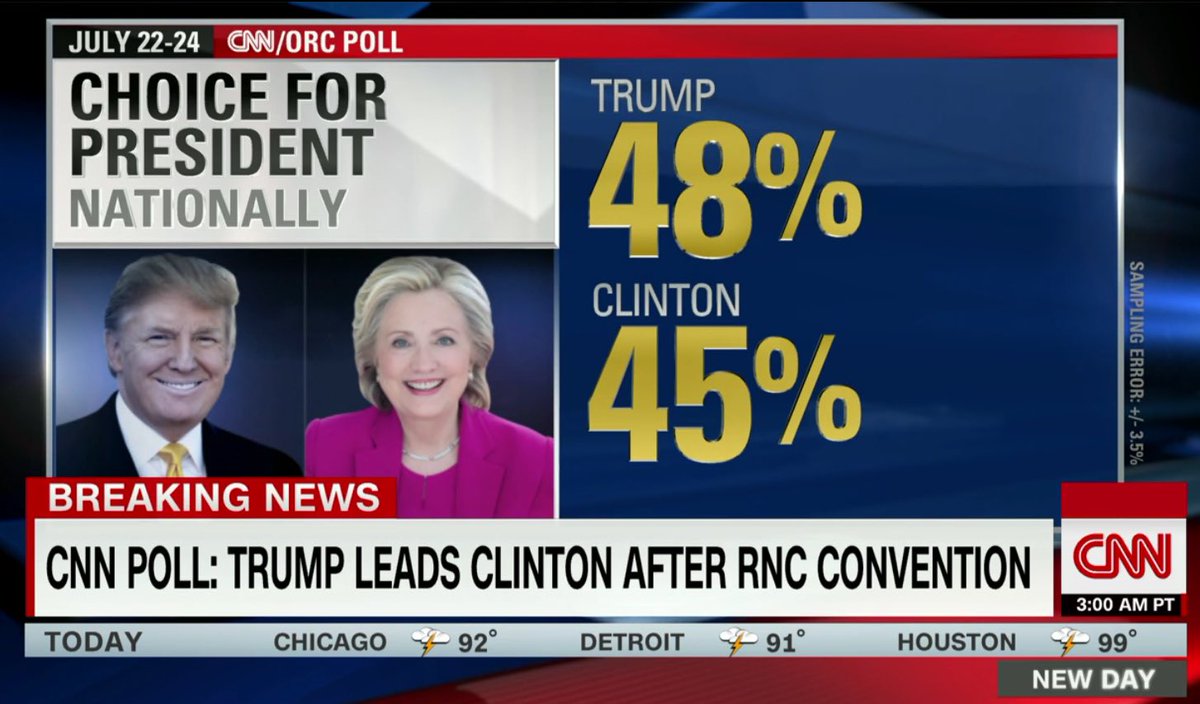 The Trumpslide has already begun. Now it’s picking up speed.

UPDATE: Nate Silver is now calculating a 57.5 percent chance of a Trump victory, up from 10.8 percent one month ago. 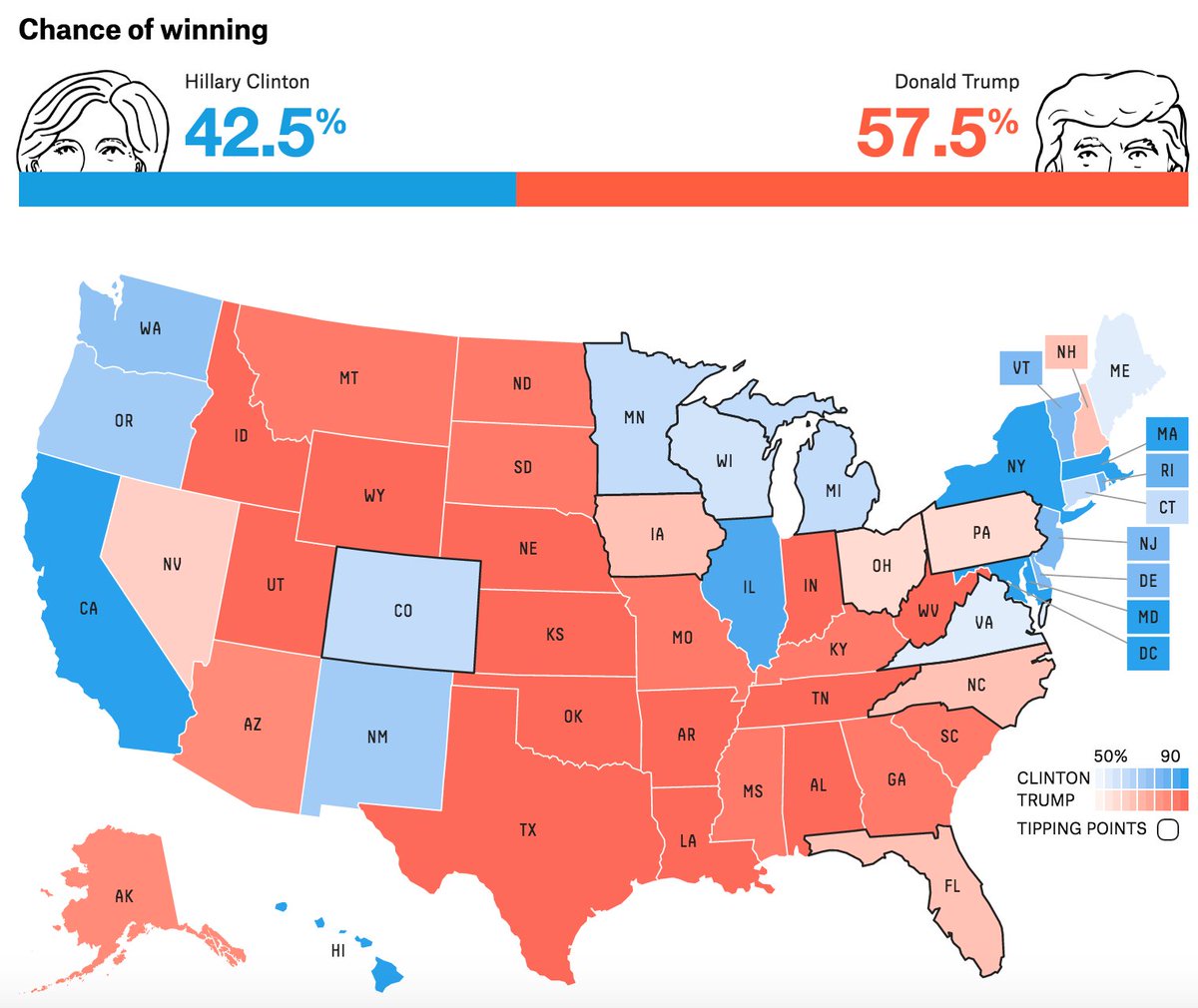