I disagree with Ann Barnhardt’s theory of why those who were foolish enough to submit to Covid vaccination are inclined to push it on others:

The reason why so many DeathJabbed people are pushy and adamant about you getting the DeathJab too, is because deep-down they fear that they made a stupid mistake and don’t want to be alone with their freely-chosen error. If they go down, you have to go down with them. It’s inconceivable and enraging to them that you made the right choice and they did not. They followed “the scientism”. You HAVE to be wrong. Even if you are right, you MUST be DeathJabbed too so that everyone suffers equally.

Re-read that, and then substitute in the free choice that Lucifer and one-third of the angels made in declaring that they would not serve God and never, ever see the Beatific Vision if the Second Person of the Triune Godhead incarnated as a Man born of the Blessed Virgin Mary. It’s exactly the same dynamic. The Rebellious Angels chose poorly, and now want every other human being to suffer their eternal fate, to be damned, never to see God by their own incomprehensibly stupid and irreversible choice, out of pure, unquenchable SPITE.

The problem with Ann’s analysis is that most of the vaccinated, at this point, don’t see themselves as having made the wrong choice. They may be mildly concerned that they did, but given the overwhelming magnitude of the media propaganda, their concerns are little more than a niggling doubt at this point.

That’s why they don’t want to hear that you’re still fully human, still unsterilized, and that you have not submitted to the experimental gene therapy. They simply don’t want any doubt cast on their preferred narrative where scientists are good and worthy of trust, where governments act for the benefit of their citizens, and where life and liberties are essentially safe.

It’s very scary to step outside that narrative, just as it would be very hard for the average cow heading for the slaughterhouse to step outside the herd. It’s not spite or misery loving company that causes them to put pressure upon you, it’s merely an understandable preference for a belief in a nice, easy, and essentially good world instead of the fallen planet ruled by evil sociopathy that it actually is.

Leave them to their ignorant bliss. There is nothing you can do for them now, except permit them to live in peaceful, unthinking tranquility until the brutality of the real world forcibly intrudes upon it. 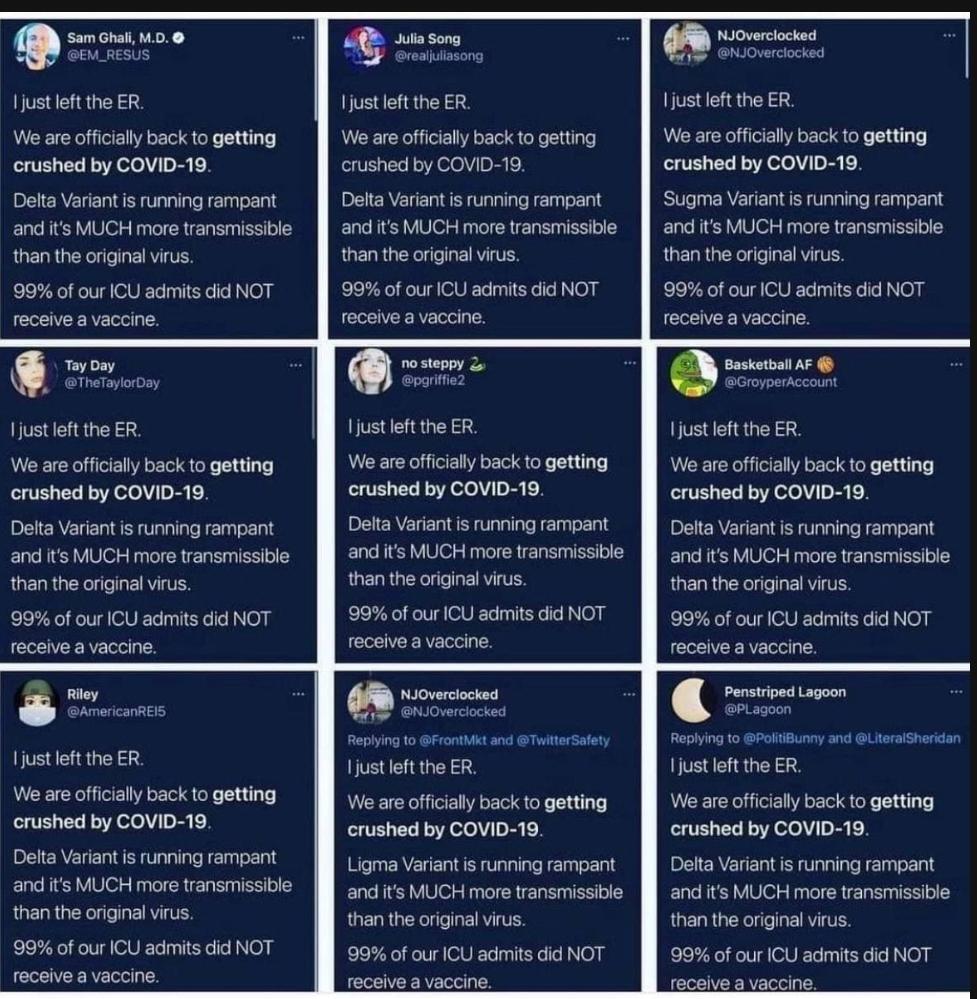