If only the blacks in South Africa weren’t oppressed by racist white people, they wouldn’t be rioting and looting. Wait a minute…. 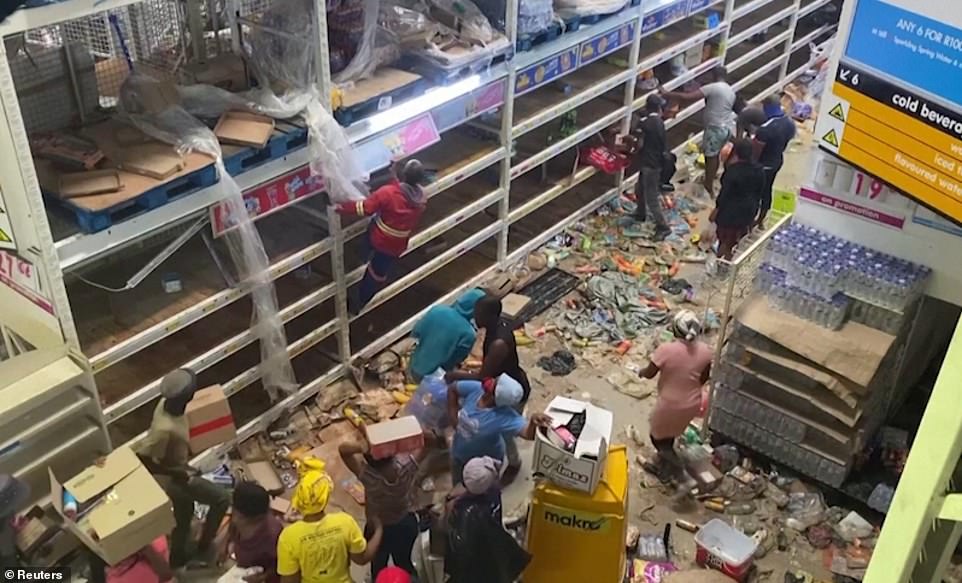 Okay, let’s try this again. If only racist white people hadn’t made fun of black players who can’t make their penalty shots, blacks in South Africa wouldn’t be rioting and looting. That’s better.

South Africa is in the grip of its worst unrest since the end of apartheid with shopkeepers firing at looters and a woman throwing her baby from a burning mall roof as violence sparked by the jailing of ex-president Jacob Zuma entered its fifth day today.
At least 45 people have now died – including 10 tramped to death during a stampede at a looted shopping mall – in riots centered around KwaZulu-Natal and Guateng provinces that began last week and raged through the weekend after 79-year-old Zuma was jailed for failing to cooperate with a corruption probe.
The army has been called in to help stem the unrest amid fears the violence could dramatically escalate after fearful citizens were forced to take the law into their own hands amid warnings that food supplies could soon run short if the looting doesn’t stop.

This is coming soon to cities such as Atlanta, Chicago, and Washington DC. It’s going to be fascinating to see what happens when a significant percentage of the American population figures out that the causal problem is not an excess supply of racism, but rather, an insufficiency.

Everyone who opposed the evils of apartheid must accept that this is the world they created. They were warned it would happen, but they refused to heed the warnings. And now everyone who is anti-racist, equalitarian, or “doesn’t see color” must be reminded: this is the future you have chosen.