Of course, similar thinkers used to believe that sanctioning Russia would work too:

“Deplatforming works,” boasted former Reddit CEO Ellen Pao, who became notorious among Reddit users for her pro-censorship policies during her brief tenure as head of the company, in a tweet posted this week.

Pao made the tweet in response to a study that showed the decline in attention for a group of right-wing commentators in the wake of their bans from YouTube.

It’s true that deplatforming people from YouTube, and to a lesser extent, Twitter, has reduced the size of their audiences. 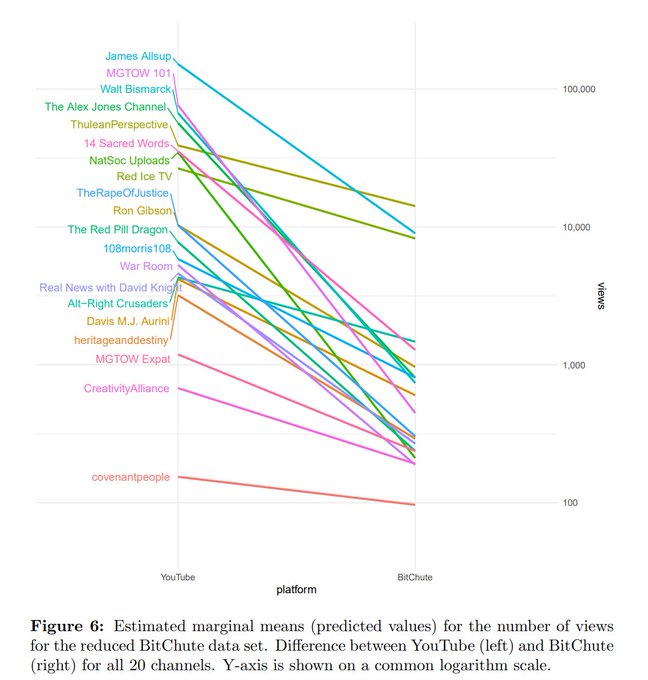 Of course, this also demonstrates the truth inherent in the Nietschean concept “that which doesn’t kill you makes you stronger”. Every deplatformed individual or organization that hasn’t simply given up and gone away has become more independent and less reliant on elements under SJW control. While it’s a short-term blow, in the long term, the effect is decidedly positive.

For example, Castalia was susceptible to Amazon’s interference a few years ago. By the time it was briefly deplatformed there, it wasn’t a major concern. Now, we would barely notice. YouTube is close to irrelevant to the Unauthorized creators already, and by the end of the summer, will be completely irrelevant as the apps and livestreaming functionality come on line.
And it’s already too late for SJWs to make effective use of payment deplatforming, as Alipay is already active in Europe now and is more than happy to take advantage of the competitive opportunities that Silicon Valley’s determination to shed itself of at least one-third of its potential customers have presented it.