COSMIC WARRIOR Episode 6: You Are the Cosmic Warrior 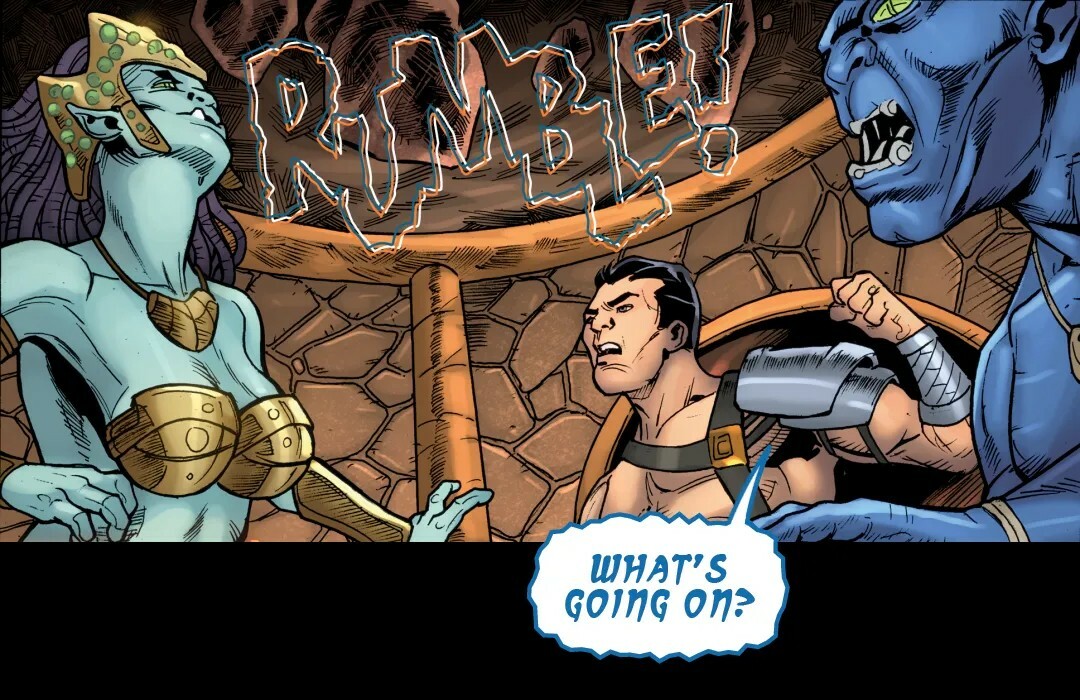 And Bounding Into Comics rounds up last week’s Arktoons:

Drama has a history of getting the short shift in comic books. Understandable of course, the bread and butter of comics publishers in the U.S. have always been superheroes. And neither superheroes nor supervillains freely lend themselves to prolonged deep self-examination leading to an existential crisis that finally resolves itself in a cathartic release.
However, it was superheroes that the drama was revolving around, and the drama was usually political. The first rule of drama is that politics makes for bad drama. A political drama’s first function, and indeed primary obligation, is to sermonize.  And sermons are not engaging stories, they are lectures.
Things were always different in Europe. Not better, just different. American comics were banned in Italy in 1939 by Mussolini and in France by the Communists in 1949. This protectionism allowed native comics to expand and fill the void left in the marketplace.
European comics writers either embraced the political restrictions or learned to get around them in order to tell their stories. Catholic comic books did much better in Europe than they did in America. The upshot of all this is that drama titles had a more fertile field to grow in across the Atlantic.