Every now and then, I think it’s salutory to provide the readers here, particularly those who have so faithfully backed Castalia over the last seven years, the occasional glimpse behind the curtain.

I used to wonder why publishers refused to deal directly with authors and always insisted on working through agents, especially when it became clear how totally useless most agents are. They often wouldn’t even look at an unagented query. Due to my game industry connections, I had a book deal before I had an agent, and I fired him as soon as the editor who signed my first novel – who is now a serious player very close to the top of the Big Three – made it clear that he much preferred dealing with me to putting up with the agent, who was admittedly more than a bit of a whiner. So, it always seemed strange to me, and a little unfair, that the publishers forced authors to jump through the hoop of signing with an agent and thereby giving up a percentage of their advances and royalties.

Now, however, I understand. I still don’t agree with the policy, but I understand it. Here is a good example of why publishers don’t like dealing directly with authors, and also, how to make sure that you never get published by one.

[Five paragraphs of flowery description of accomplishments and credentials which aren’t too bad, although I’d never heard of the guy, redacted. There wasn’t much about the book itself, but the genre was at least potentially of interest.]

With every good wish, I am

Given how occupied we are with simply attempting to keep up with the growth of our existing commitments to Library and Arkhaven, we’re not looking to sign any new Castalia authors at the moment, but since one always has to keep an eye out for exceptional talent, so I dashed off a quick note at about 3 AM letting the guy know I’d be willing to take a look at what he had, but alerting him to the realities of the situation.

You can send an epub when you’re finished and I’ll take a look at it. We’re not really looking to add more content lately, but you never know.

What I didn’t realize, however, is that far from doing the guy a favor by carving out a little time to give him a shot, I was actually failing to sufficiently acknowledge how impressed I was with the Special Boy who had been so gracious as to deign to honor me with his supplication.

Sorry to learn your company has sunk to the level of your manners.

Sent from my iPhone

So, if you ever wondered why I don’t bother responding to requests, submissions, queries, and so forth, now you know. Forget rejection, there are no shortage of would-be authors who don’t take consideration, or anything that falls short of gushing enthusiasm and immediate acceptance well. But don’t be mistaken and think that I regard this as a bad outcome in any way. I mean, can you imagine what actually having to work with the Special Boy would be like?

Speaking of Castalia House, however, the Kindle versions of the first three volumes of the Junior Classics 2020 Edition are now available at Amazon. The epub editions are available at the Arkhaven store. A post later today will address those backers who didn’t receive the last week’s email with the download access. 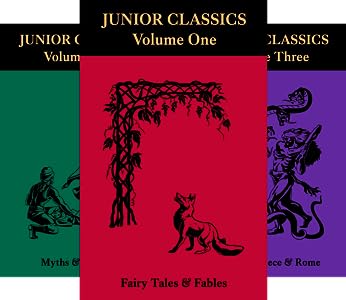 UPDATE: I’d omitted my response, but the would-be author’s reply to it was too perfectly textbook to be left off.
On further reflection, don’t bother. We will not work with you.
And no, it wasn’t the Wall of Text. It was the other thing.
That decision had already been made and not by you.
The Secret King wins again!