Bounding Into Comics has the story:

A day after Arktoons officially launched on Arkhaven.com with five new titles, they revealed five more titles today including three surprise titles that had not been previously announced.

Arktoons is a free-to-view website, meaning all episodes are free to read. New episodes of each series are released weekly. You can support the platform through a subscription. There are currently four options ranging from $5 to $50. However, it is not a requirement to subscribe in order to read the comics.

Read the whole thing there. Impact Day was a complete success, and now the production team is cheerfully throwing more coal in the engine, as it’s apparent that the Chuck Dixon Presents line, which was the brainchild of the team leader, is a successful approach to introducing Golden Age comics to a modern audience that hates the convergence of modern mainstream comics.

There are a few issues we have to address, such as the occasional missing panel, and people are already asking about mobile and television apps – below is a photo of Midnight’s War on a reader’s 60-inch screen and it looks great – but some of our technical advantages are already paying off by reducing the amount of time required to publish a completed episode. 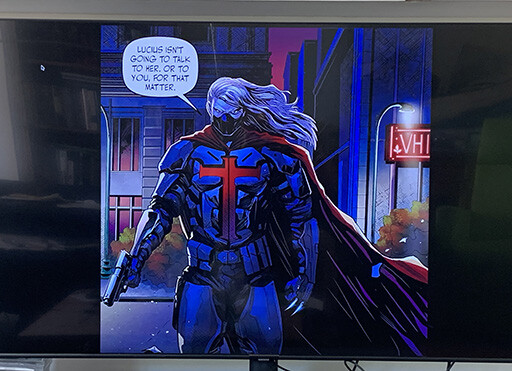 Still, in the end, it’s all about the content, and now the site is beginning to start to look just a little bit populated. There are even multiple series per genre now, which is cool to see. And tomorrow, there will be still more new series to announce. 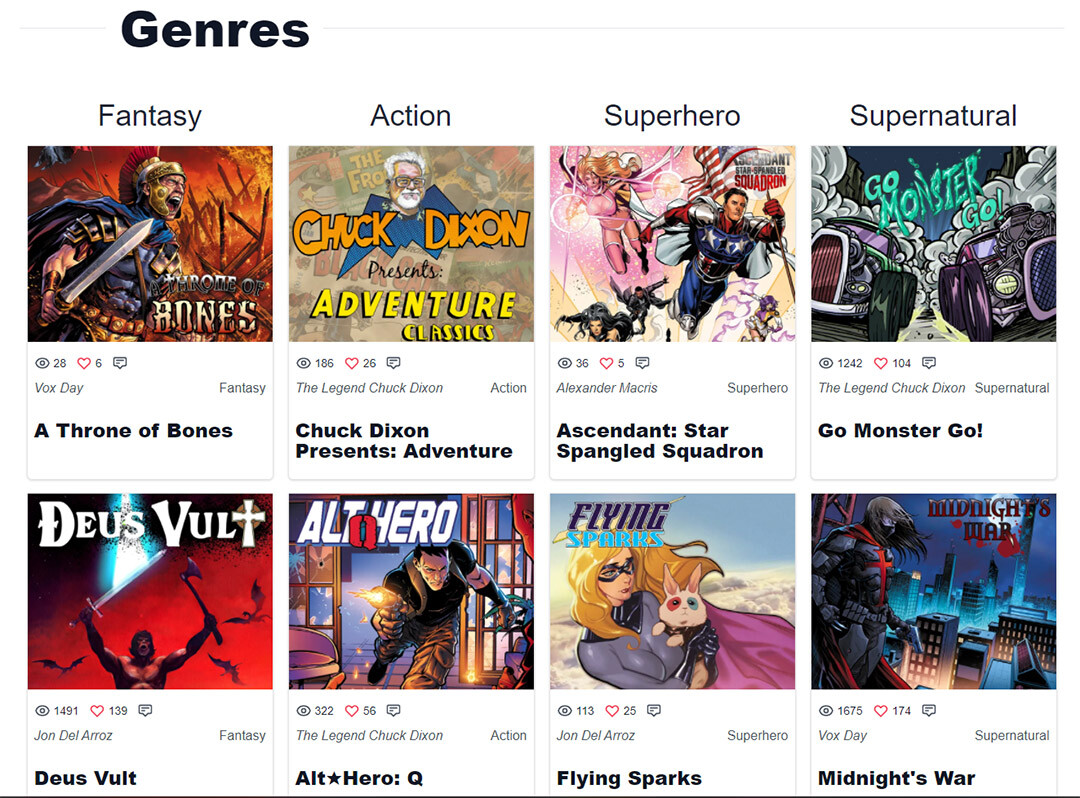