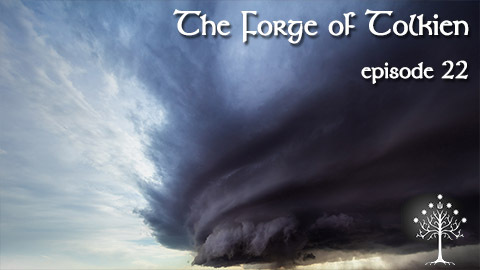 The Forge of Tolkien 22, MELKOR AND THE LEVIATHAN, is now on #UATV.

As the Ainur sang the themes unfolded to them by Iluvatar, the greatest of their number, Melkor, or “he who rises in Might,” became impatient that Iluvatar took so little thought of the Void. Conceiving thoughts of his own, Melkor began to make a music of his own, troubling some of the Ainur, but drawing others to his theme. Soon there arose a great storm about Iluvatar’s throne, as the two musics strove against each other—until Iluvatar rose and incorporated Melkor’s discord into his own. What place did Melkor’s discord have in the story of Creation? Why did Iluvatar not simply strike Melkor down?

In this episode, Professor Rachel Fulton Brown explores the backstory of the angels’ fall as it appears—and does not appear—in the Scriptures upon which Tolkien drew for his characterization of the Ainur. What does Melkor have to do with Satan? What role did the sons of God have in bringing wickedness to the world? And where does the Leviathan come in?