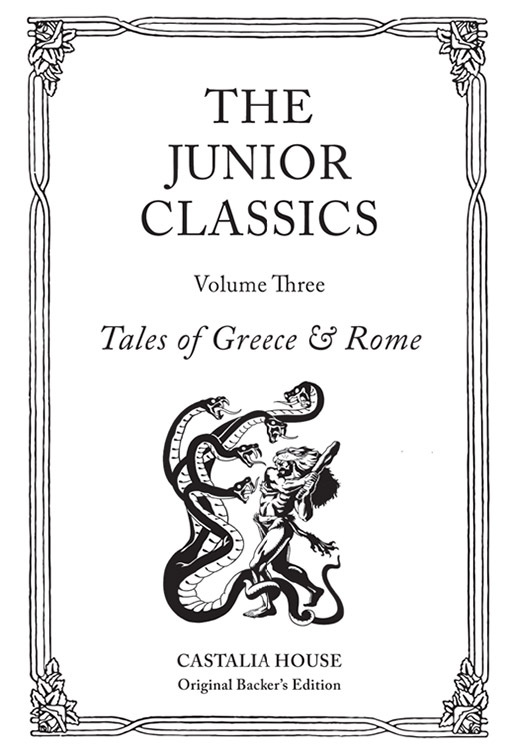 Now that we’ve ordered the proofs for final approval, there are only a few more days left to either a) order Vols. 1-3 of the Junior Classics hardcovers or b) preorder the 10-volume leather set before we start shipping the former. We have added a special Original Backer logo to the back of every hardcover produced in this first print run, and Original Backer’s Edition is also noted on the title page of each hardcover and leatherbound volume, as shown here. Subsequent print runs will precisely match the Original Backer’s Edition on the bookshelf, but will lack these signifiers.

Note the original artwork by Arkhaven’s Lacey Fairchild, which for Volume Three features the classic Greek tale of Hercules fighting the Hydra. It was our goal to produce the best edition of the Junior Classics to date, in terms of both aesthetics and content, and we are increasingly confident that the production team has managed to do that.