Or rather, why they TRY to silence us. A reader from Australia writes:

It’s been very educational reading you. Your writing is a great source of strength and truth that I can turn to in a world where most people are very confused.

I’d heard your name mumbled in a few corners of the internet that I’d frequent. It wasn’t until I came across Jordanetics that I became disturbingly intrigued. Jordan was standing up against the stupidity of the world that I’ve had to increasingly witness throughout my years.

So why would someone write a whole book about criticising him? And not from a leftist perspective? In an effort to be “open minded” I gave it a go. And that book was a significant and pivotal point in my life. Down the rabbit hole I went reading more of your books, becoming a regular reader of the blog and now a subscriber to Unauthorized.

Your writing is a great educational resource. It has hardened my convictions in the face of a very confused, sickly and aggressive world. Even when I feel like everyone is against me and I appear to be wrong because I don’t have all the arguments marshalled and facts committed to memory, I still know where I stand and what I believe in despite of such external pressure. I know I can turn to your blog as a source of strength where the truth is so blatantly obvious.

I do not worry about being nice or appearing extreme in observation of the truth.

Those who are enslaved by the Lie and fear the Truth know that it’s impossible to prevent the first person from standing up, because he could be anyone. That is why they focus on marginalization, deplatforming, defamation, and other techniques to prevent a second person from doing so, because that second person is a signal to both the first person and everyone else that they are not alone.

This is why the gatekeepers – Rogan, Rubin, Shapiro, Peterson, and other ticket-takers – are so assiduous about never mentioning the names of those they most fear, because marginalization is their primary weapon. As the reader demonstrates, just a mere mumbled mention or two here and there can suffice to render all their efforts moot.

Before Marvel was acquired by the Devil Mouse and given over entirely to the slavery of the Lie, one of its writers raised Catholic, J. Michael Straczynski, wrote what has become Captain America’s most enduring quote. It is both an inspiration and a reminder of Aristotle’s teaching that the most powerful rhetoric is always rooted in the truth. 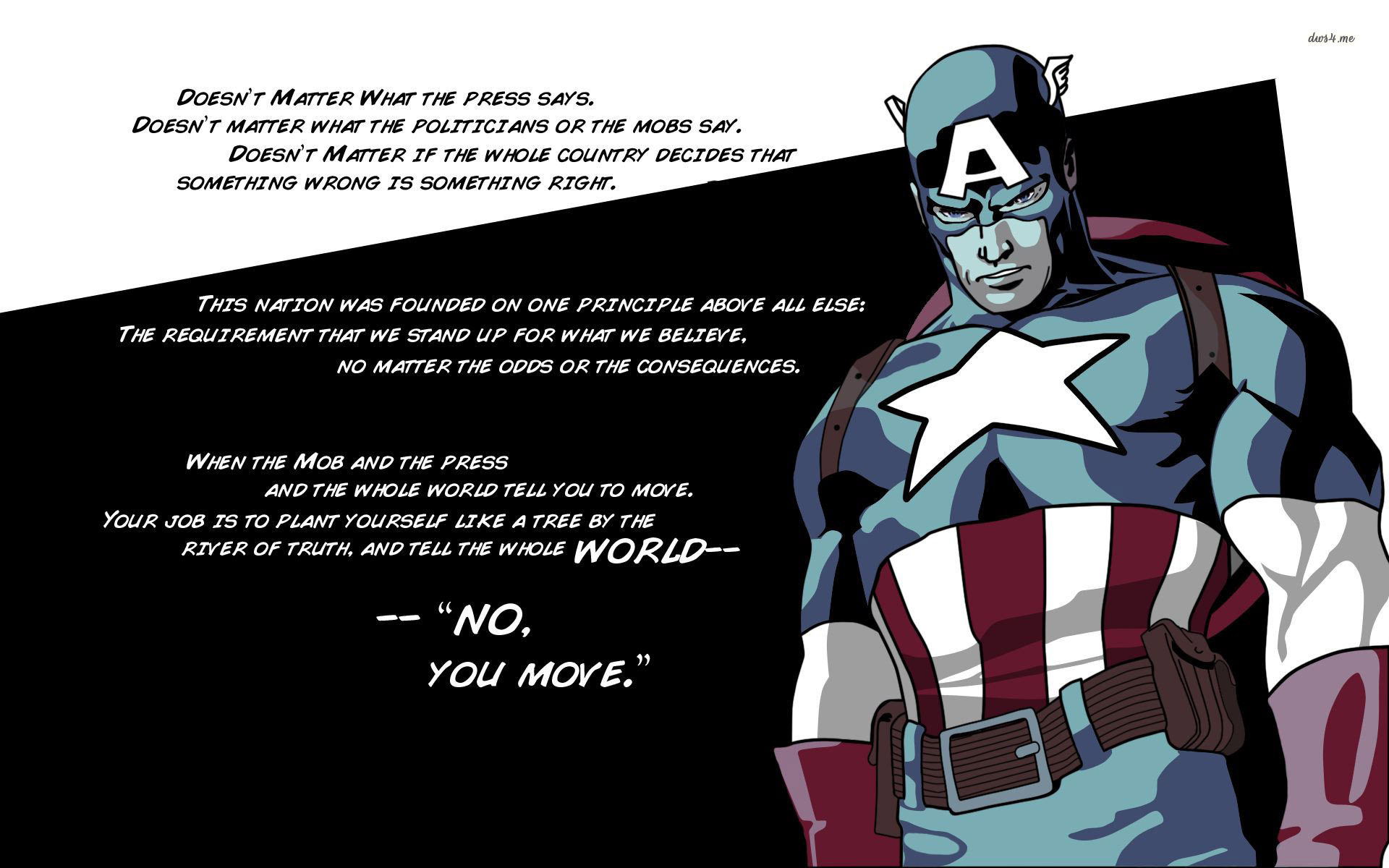