Encapsulated in a single picture. 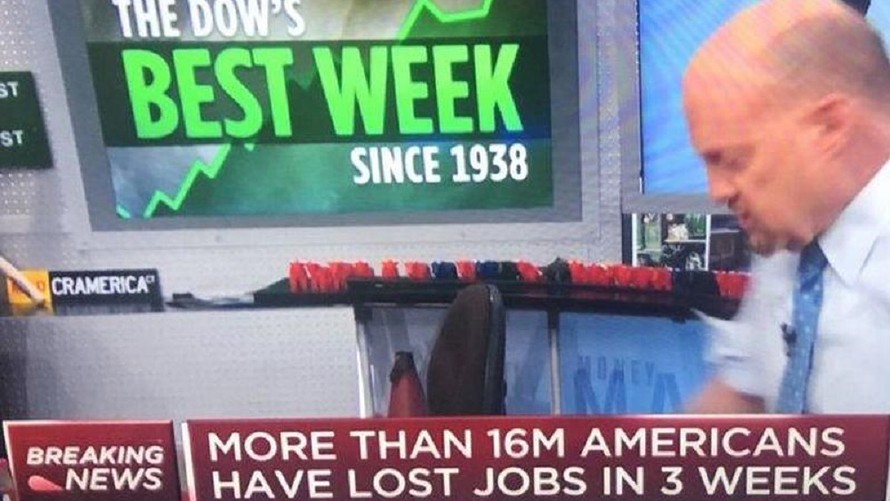 The coronavirus death toll in the U.S. — now topping 23,000 — skyrocketed as families continued to huddle in their homes uncertain of what’s next, while an unthinkable number of more than 16 million people have now filed for unemployment amid an economy grappling with the shutdown.

As you can see, that’s CNBC’s Jim Cramer talking about the rally in the market while the chyron points out the grim reality of the historic job losses.

One commenter captured much of the response on social media by saying, “The Dow is not the economy. It is a giant government sanctioned Ponzi scheme for the wealthy.”

The total amount of financial profit was $448.3 billion, and that almost certainly understates it. If you want to know what is wrong with the economy, the answer is “the transfer of profit to the financial institutions” which is done through ever-expanding debt. This is why either a debt jubilee or mass defaults and the total collapse of the US economy is absolutely inevitable.