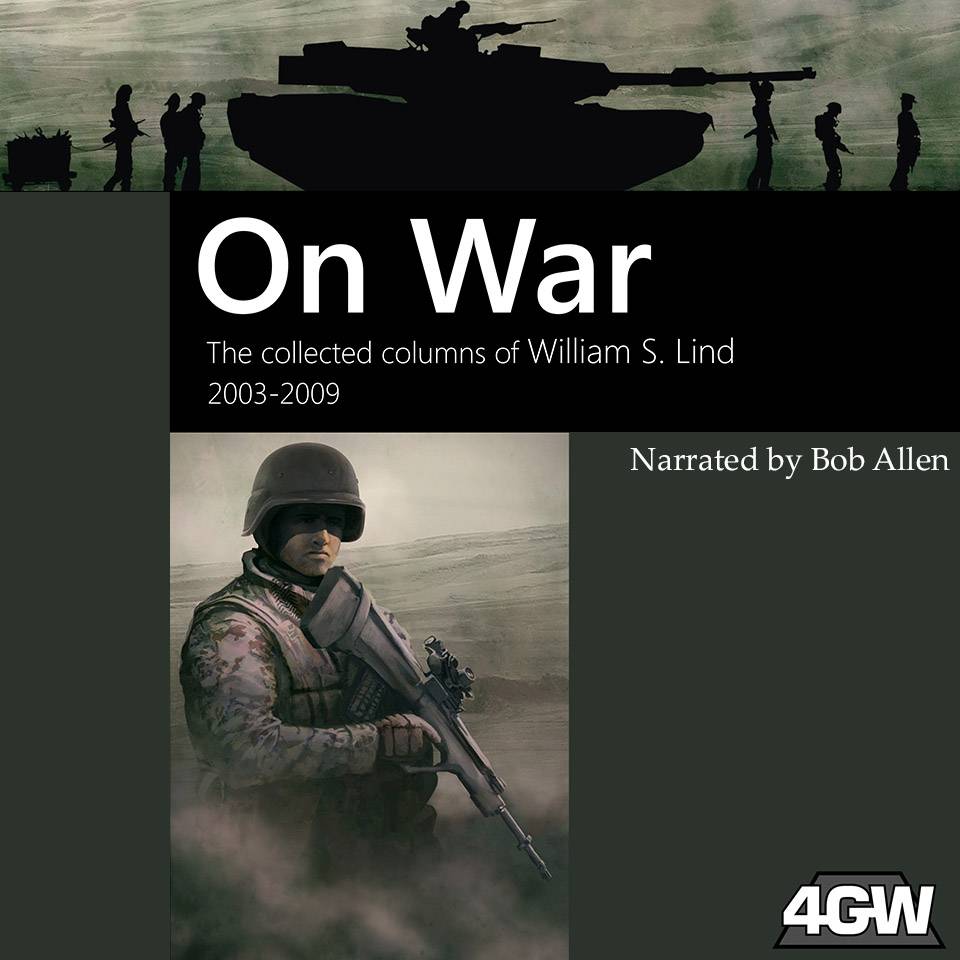 A Throne of Bones (31 hours 22 minutes) is no longer your only option. William S. Lind’s ON WAR is now available in audiobook+ from the Arkhaven store. It is 26 hours and 44 minutes long and retails for $24.99.

On War is a seven-year collection of columns written by the father of 4th Generation War theory while observing the U.S. invasion and subsequent occupation of Iraq. It is an intriguing account of a war in progress, as seen through the eyes of a military theorist able to anticipate events with an almost prophetic degree of accuracy. Throughout the book, 4GW theory is defined, described, and refined as events in Iraq, Afghanistan, and other places demonstrate the theory’s utility in making sense of current events and predicting future ones. The inevitable failure of the New Iraqi Army and the U.S.-installed al-Maliki government is explained years in advance, as is the rise of the Islamic State and other 4th Generation forces presently battling for power in post-occupation Iraq.

Lind also makes an ominous, but compelling case for the gradual spread of 4th Generation chaos and the decline of the state throughout the world, including in the United States of America. Featuring a Foreword by the brilliant Israeli military theorist Martin van Creveld, On War is a fascinating book that is a must-read for every military professional, wargamer, and amateur student of the art of war.

In one of the key passages of the book, Lind writes: “4th Generation war is the greatest change since the Peace of Westphalia, because it marks the end of the state’s monopoly on war. All over the world, state militaries are fighting non-state opponents, and almost always, the state is losing.”

William S. Lind is one of the most significant and influential military theorists on the planet. The author of the Maneuver Warfare Handbook and a founder of 4th Generation War theory, Mr. Lind is known and respected by military personnel around the world.