About 10 months ago, we requested from our printer the ability to print comics in the traditional size, which is 6.625 x 10.25, and is a little bit wider and just over an inch taller than the royal octavo size that we have been using. This week, our printer made the standard size available to us, the only downside is that it is a little more expensive so we cannot offer a wholesale discount and still keep the retail price at $2.99 price. We’ve decided to do that since our primary focus is on the backers and the Premium editions will be available at wholesale for the comic stores. They will also feature a heavier paper weight so the comics will be .71″ thick compared to .54″.

So, our current plan is to complete the first six Alt-Hero comics in the current size, then switch over to the standard size with issue #7. We will begin Alt-Hero Q with the standard size too; the Premium Issues and the Omnibuses will still be produced in the larger 10 x 7 size since that is considered a standard alternative size. The price of the digital editions will remain at $2.99 for both the Kindle and CBZ versions, both of which will continue to be free to the backers.

We have not made any decisions about Chuck Dixon’s Avalon or Quantum Mortis: A Man Disrupted. Right Ho, Jeeves is going to be released very soon in a 10×7 omnibus paperback.

However, we are in the process of preparing Alt-Hero #5 for print and we could still produce it at the standard size instead of the current one, as we were planning. So, if you have an opinion about whether you would rather have AH#5 in the current size or the standard one, please share it here. While we do plan to go back and offer AH issues #1-4 in standard sizes, that will not be a priority since our first job will be to produce the six-issue omnibuses for the campaign backers, which happen to be the same size as the Premium Issues.

Please feel free to share your thoughts, especially if you are an Arkhaven backer, and vote in the poll at Arkhaven Comics. We expect to have the high-resolution CBZ for sale in the Arkhaven shop later this week, the print edition for sale on Arkhaven Direct next week, and to launch last 28 days of the AH:Q 2.1 campaign next week as well. 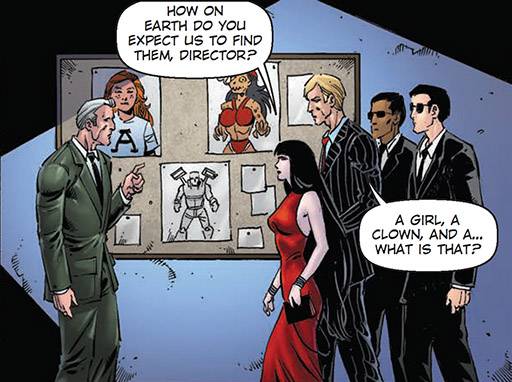