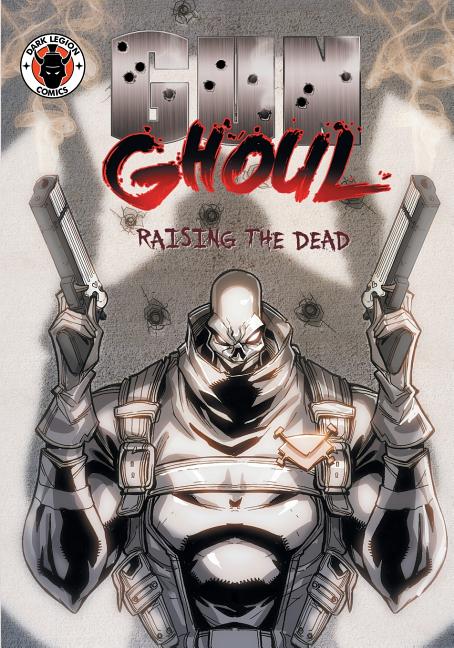 ComicsGate Comics is pleased to announce that Will Caligan’s Gun Ghoul: Raising the Dead is now in print.

Someone – or something – is taking out the crime lords of Chicago.

Agent Justice of the FBI is on the case. She is a Meta Prime, with the ability to see into the past. But not even her superhuman abilities allows her to explain the impossible. And the FBI is not the only agency that is interested in learning more about the new player in town. In their search for the mysterious killer who is wreaking havoc on the crime lords of Chicago, Agent Justice and Detective Callahan of the Chicago Police Department team up to recreate a gun battle that took place at a restaurant in Chinatown. What they learn leads them to the killer’s next target, where they find themselves face-to-face with the ruthless, relentless, inhuman being.

Gun Ghoul: Raising the Dead is a furiously action-packed graphic novel by military veteran Will Caligan. 116 pages, $14.99. The graphic novel is published in 10×7 format on high-quality 70-pound paper. The four digital editions that are collected here have all been bestsellers in the Horror category on Amazon.

Let the ComicsGatekeepers gnash their teeth all they like. While they have been talking, talking, and talking some more, we have published 22 digital editions and 11 print editions in the last eight months. And based on an author who signed with us last night, it is safe to anticipate that some of the loudest voices raised against us will be publishing with us in less than a year.

“I own the word ComicsGate. It belongs to me and I will fight him in court for it. Nobody will make a line of ComicsGate comics except for me.”

Yeah, so, about that… it’s a pretty poor prophet who has to eat his words less than 8 hours later. Ethan isn’t going to fight anyone in court over ownership of the word ComicsGate. I very much doubt that he is dumb enough to throw all his crowdfunded money away on a hopeless legal case in a foreign jurisdiction when he hasn’t even bothered to spend $6k on the URL, which was registered in 2013. It sounds as if someone is going to have to explain the concepts of “dilution”, “prior usage”, and “jurisdiction” to him.

In not-unrelated news, Alt★Hero #4: The War in Paris continues to meet with great reviews and is now the #1 Best Seller in 45-Minute Comic & Graphic Novel Short Reads and the #1 New Release in the Superheroes category.