Maybe there will be or maybe there will not, but I simply do not understand why people insist on teasing this kind of information ahead of time. Are they simply unaware of what seems to keep happening to people who are going to testify about the criminal activities of America’s leading crime family?

Jack Burkman, a Washington-based attorney and lobbyist who has worked with a private investigative team to solve the Seth Rich murder mystery, told The Gateway Pundit that the witness has conclusive evidence that will bring Rich’s killers to justice within a month.

“We believe that we have reached the beginning of the end of the Seth Rich murder investigation,” Burkman told The Gateway Pundit in an exclusive interview Sunday.  “After two long hard years of work, we have a witness who is prepared to identify the two killers of Seth Rich. One is reportedly a current DEA (Drug Enforcement Administration) agent, the other is reportedly a current ATF (Bureau of Alcohol, Tobacco, Firearms and Explosives) agent”

The witness, who “fears for his life,” will be accompanied by armed guards and disguise his identity as he details how two employees of the United States government killed Seth in a press conference slated for Tuesday.

If I was in that position, I’d be damn sure to have 500 packages of evidence providing conclusive proof sent to various people and locations and authorities around the world. Harambe didn’t take precautions and look what happened to him. 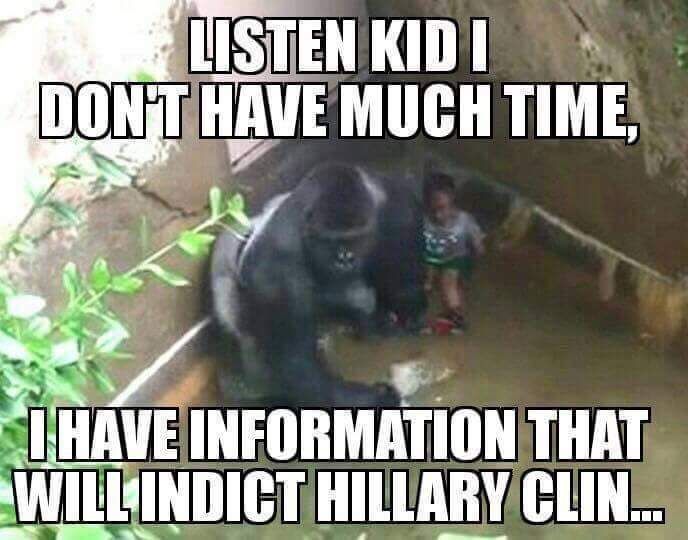