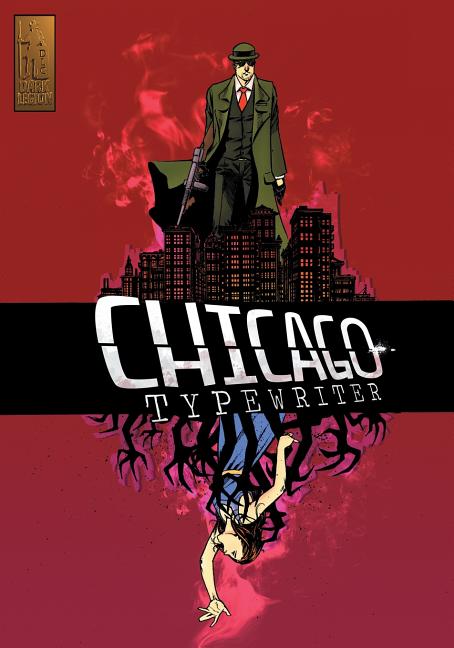 Chicago Typewriter is now in print and is already available from Castalia Books Direct! It is 60 pages and printed in Dark Legion’s premium 10×7 format, and retails for $7.99. If you buy one of the first 2,500 copies, you will receive a Gold Logo edition, as shown on the image here.

In 1920s Chicago, the criminal underworld is more than vice, racketeering, and bootlegging.

During a brutal territory dispute with the Chicago Outfit, Emilio Enzo and his associates discovered just how deeply involved the criminal underworld is in the occult and supernatural. Using hidden pathways to our world, forces of pure evil have worked in secret to maintain their dark stronghold on the city. Now those forces are back to take their revenge on the one man willing to challenge their reign by stealing the soul of his girlfriend Kat.

While visiting an old shop full of oddities, Emilio comes across an antique ribbon for a typewriter with an unusual history. And after bringing the strange red ribbon home and spooling it into his machine, he is startled when it begins to communicate with him at night….

1920s Prohibition-era Chicago collides with the hidden world in this debut graphic novel from Brandon Fiadino.

You can see all four Arkhaven and Dark Legion Comics currently available in print here. The gold Logo edition of Chicago Typewriter should be available via Amazon soon.