Good fathers hope their sons will know peace, but prepare them for war:

“There is a beast in every man, and it stirs when you put a sword in his hand.”—Jorah Mormont

Men were made for violence. It’s part of why they were created. To protect the weak. To fight for themselves and for nations. To compete and to win.

Do you know why men like football? Why they watch boxing? Why Romans watched the gladiators slaughter each other? Because part of men was made for violence and their instincts draw them to it. We cannot suppress human nature. We cannot half-embrace who and what we are—how God made us, and how we are built.

It’s fun to play Advanced Squad Leader. But as the late, great Jerry Pournelle taught us, there will be war. And while it’s important to learn how to shoot a shotgun, it’s arguably even more important to be able to competently direct a combined arms attack on a fortified position, particularly when there is a time limit and enemy reinforcements on the way.

We’re just beginning Turn 3 German of ASLSK S24 Sherman Marches West and the outcome is still definitely in doubt. He hasn’t found my anti-tank gun, but I foolishly left my PzKpfw IIIN with its 75mm popgun fending off the assault in the center, where it is presently bouncing shells off advancing Russian armor while my late model Tiger 1 is holding down the fort doing nothing on the left flank. But while I haven’t managed to deal out much damage, I have been able to chew up two turns without taking any losses, and now I have two platoons of reinforcements arriving. 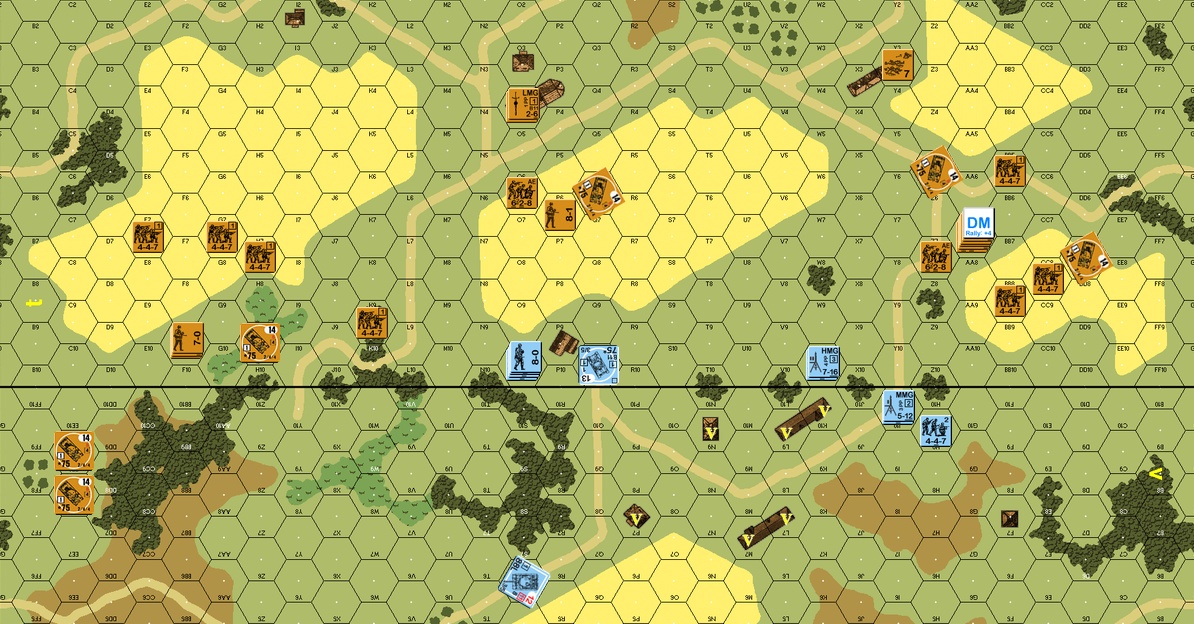 But win or lose, next up will be our first campaign game, Decision at Elst. And by the way, the latest version of VASL, 6.4.2, running on VASSAL 3.2.17, truly is a work of art. The practical functionality of VASL is still amazing to me even though I’ve been using it since rk first created it more than 20 years ago.