Hungary moves even further to the right:

Hundreds of Hungarian right-wing militants gathered in Budapest to launch a political movement that they hope will run in next year’s parliamentary elections on a platform that includes open racism.

Hungary’s main opposition party, Jobbik, has been moving away from its far-right roots and is staking out a more centrist position. This has created space for new hard-right initiatives.

Three groups held a rally in the suburb of Vecsés labelled “unfurling the flag of the far right”. Although attendance was limited its leaders have reached a national audience in the media and plan to take part in the 2018 elections.

The movement, to be called Force and Determination, looks more radical than any organisation targeting a serious political role since the fall of communism, and uses openly racist language to oppose liberalism and immigration.

Balázs László, one of the movement’s leaders, told the crowd of mostly black-clad muscular, tattooed men that Europe showed an ill-conceived tolerance in the face of peril from its existing minorities and the influx of millions more people. “Tens of millions are added to the ranks of the Arabs, Africans and gypsies who will show no tolerance once they realise the power that their demographic significance lends them,” he said. “Our ethnic community must come first … there is no equality.”

That symbol is more than a little reminiscent of Generation Identitaire in France. What is remarkable about this development is that Hungary is already the best-governed nation in Europe, having been on the front lines against Islamic invasion for centuries. I mean, this is how the center-moderate government governs there.

Human rights groups have heavily criticised a vote by the Hungarian parliament to force all asylum seekers into detention camps as the country’s prime minister, Viktor Orbán, called migration “a Trojan horse for terrorism”.

The asylum seekers will be kept in converted shipping containers while they wait for their cases to be heard via video-link as part of measures Orbán said were designed to save Europe. He considers the migrants, many of whom are Muslims, as a threat to European Christian identity and culture.

The measure was fiercely opposed by civil liberties groups in the country and some socialist MPs but was nevertheless passed overwhelmingly by 138 votes to six with 22 abstentions. Support came from Orbán’s Fidesz party and the far-right Jobbik.

It’s important to keep pushing right because as the nationalist parties of the right, the mere act of governance is going to necessitate various compromises. As long as an uncompromising element remains outside of governance, there will be political force to counteract the leftward drift towards ill-conceived tolerance.

And as Hungary grows and prospers while the more tolerant nations of Europe burn and are overwhelmed by rape and violence, the appeal of the Right is only going to grow. Does this look like Germany to you? 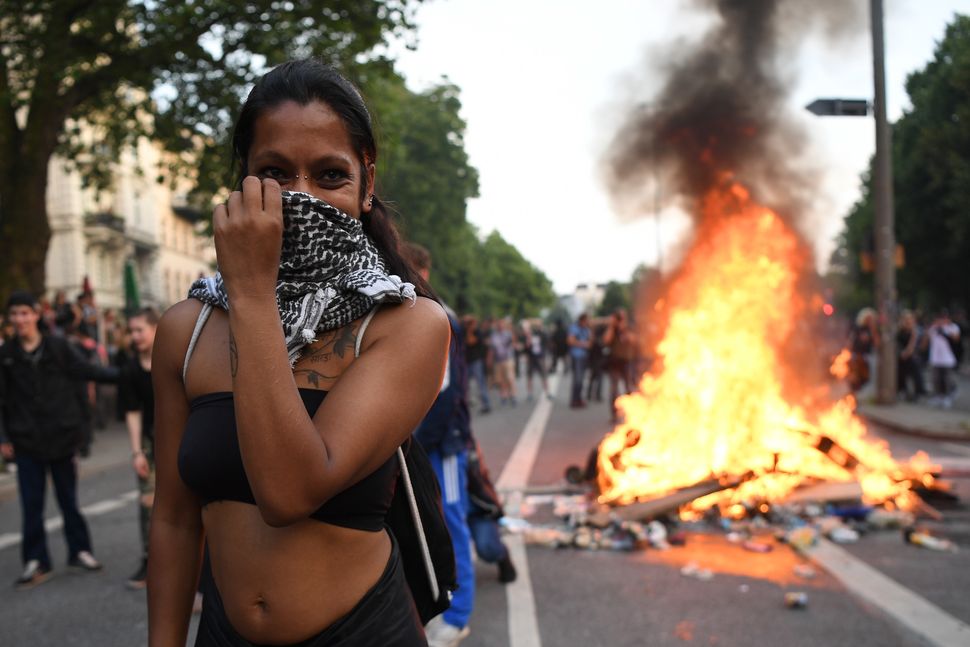