MidAmericaCon II refuses to include a Hugo-nominated work in the Hugo Packet:

As the World Science Fiction Convention, MidAmeriCon II has members from 35 countries. Safe Space as Rape Room quotes extensively from a written work containing explicit descriptions of children engaged in sexual activities. This material may be illegal in some home countries of  members. MidAmeriCon II does not wish to put any member at risk of inadvertently violating the law in their country of residence by downloading it in the packet without intent. As such, under legal advice, we are not  hosting or distributing this material directly.

The “written work” referred to in the above is the novel Hogg, by the SFWA’s Damon Knight Memorial Grand Master Samuel R. Delany.

The WorldCon convention has also issued at least two other “warning labels” to two other Hugo-nominated works in the packet, one a Best Related Work by Moira Greyland, the other a Best Short Story by Chuck Tingle. 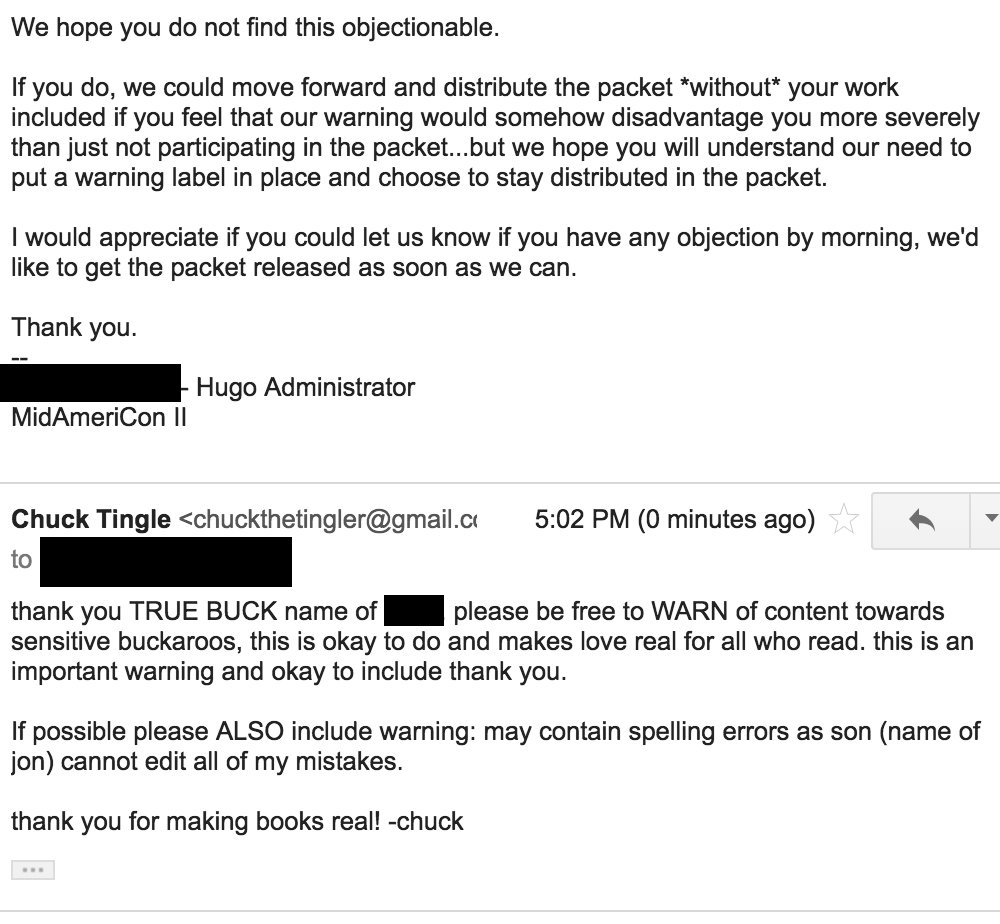 Speaking of Pink SF, now that John Scalzi’s new book has been announced, it’s time to congratulate everyone who had “Isaac Asimov”. I’m sure we all look forward to reading the adventures of Eli Seldom and her psychic predictions of how the Galactic Empire would collapse as a result of interplanetary menstrual synchronization.