As with the marriage parody, SJWs are using the public high ground to create a false picture of changing public views with regards to the Confederate flag.

Washington (CNN)American public opinion on the Confederate flag remains about where it was 15 years ago, with most describing the flag as a symbol of Southern pride more than one of racism, according to a new CNN/ORC poll. And questions about how far to go to remove references to the Confederacy from public life prompt broad racial divides.

In other words, nothing has substantially changed, but the government-media-corporate alliance has teamed up in order to sell their version of reality. Confederate flag backers can puncture this propaganda by following the lead of the pro-gun forces and destroying the careers of every politician who supported the attack on the flag, beginning with South Carolina governor Nikki Haley.

Of course, it should come as no surprise that the former Nimrata Nikki Randhawa would completely fail to understand Southern Pride. Along with Sen. Edward Kennedy, she is Exhibit A in the inability of second- and third-generation immigrants to understand the spirit of America, even though they were born inside its geographical boundaries, and even though they believe themselves to love and be loyal to America. 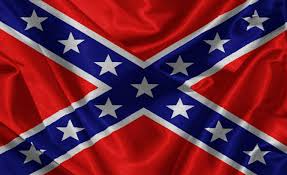