Now that the Lions Den series has been introduced with some more or less established writers, I thought it would be good to start bringing some new writers from the burgeoning independent publishing scene into the mix as well.  I don’t know anything at all about Gunther Roosevelt, except that it is obvious there is no chance in Hell that his anthology, Tales of a New America, would be published by any mainstream SF/F publisher, with the possible exception of Baen Books.  As always, if you’re interested in being one of the three two one volunteer reviewers of the book, please send me an email. We are all set for reviewers. 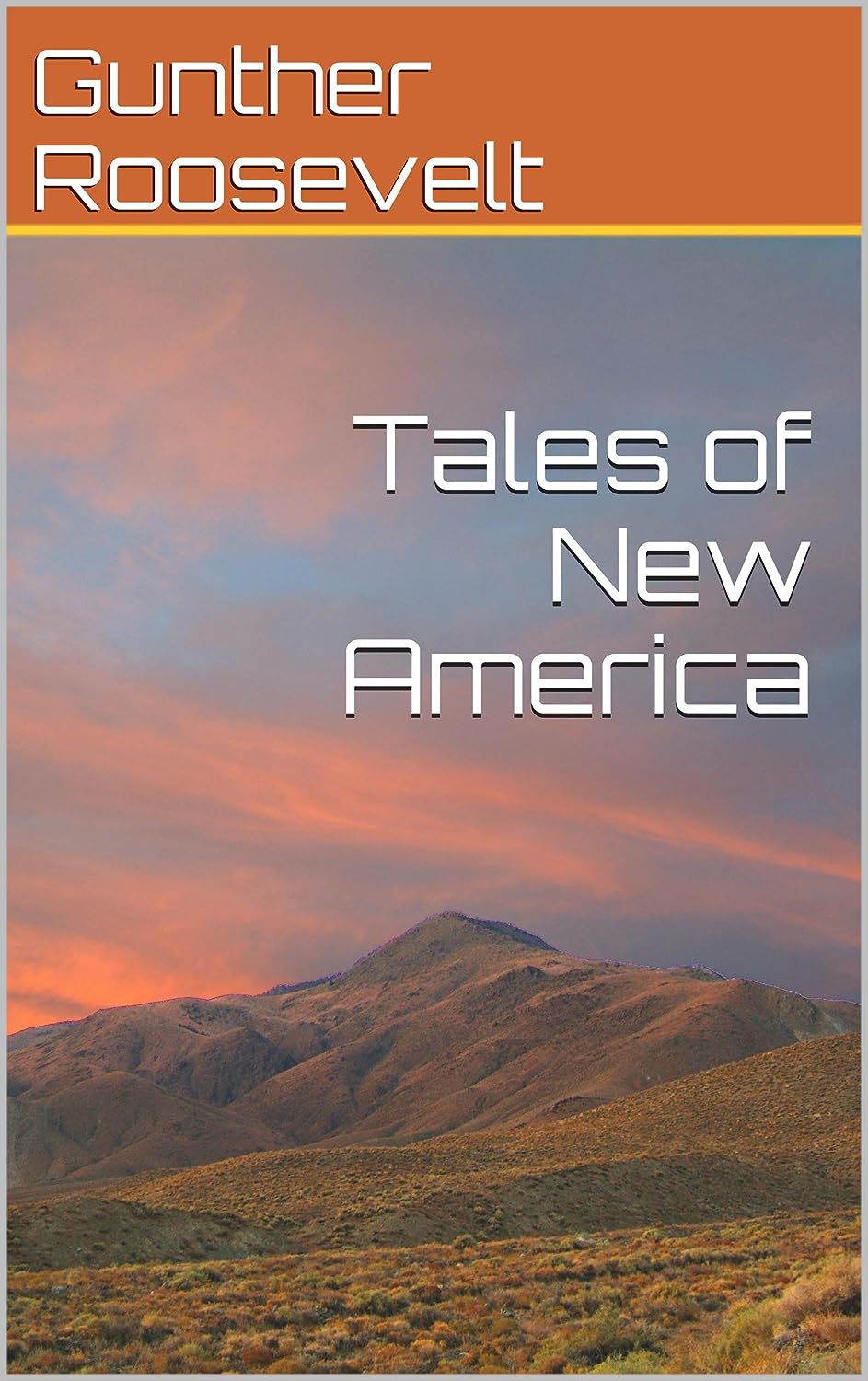 After 9/11/01, I had hoped that Americans would rally against one of the most vile and long standing enemies of humanity, Islam; but neither the experience of the wholesale slaughter of thousands of innocent Americans nor the glimpse of an unveiled totalitarian and psychotic Arabian evil could hold the sociopathic Left in check for long.
Combining the Bush administration’s incompetent foreign policy, the President’s absurd belief that ancient places with tribal peoples filled with simmering animosities and rabidly violent inclinations could embrace impartial  institutions and liberal democracy, along with the Left’s program of political correctness, destruction of Christian morality, indoctrination of the young, and corruption of all American institutions and triumph of crony capitalism — I realized that America was over.

Voting Republican, Libertarian or anything else was useless. Nothing could stem the tide of America’s financial and social destruction anymore than our elected representatives wished to stem the invasion by Mexicans, Asians, Africans, and Muslims regardless how many Americans were killed, raped, molested, robbed, and maimed by the illegal and legal hordes.

What could be done? Politics was hopeless. The people had no voice nor advocate no matter who they elected, and half were co-opted anyway and part of the scheme of government growth, employment, or benefit. The answer was as clear to me as it was to the Founding Fathers — That whenever any Form of Government becomes destructive of these ends, it is the Right of the People to alter or to abolish it.

It was also clear that moaning and complaining about the present situation was a waste of energy and trying to organize incremental reforms to re-establish a coherent and sane society was futile in the extreme.

What is needed is revolution, but before it can begin, people need a vision of what a saving remnant might accomplish in carving out a territory within America and building a new nation and ethno-state. People would need to see what a New America might look like where they could thrive as they once had, and if determined, might return to conquest in driving out invaders and their collaborators from ancestral homelands

Hence, the Tales of New America that offers that offers twenty-three snapshots from a period fifty years or so years into the future.

The Tales present a new society in the making, its cohering into a state with religious foundations, its gathering of people, and organizing of institutional machinery and an advanced military. You meet a border guard in a key outpost with the power of life and death trying to maintain his humanity while enforcing laws with harsh penalties.

There are athletes, soldiers, hardware store salesmen, foreign spies, Berkeley refugees, Mexican gang bangers trying to hang on to their territory, ghetto dregs when the well’s run dry, Leftist peaceniks facing their folly, mindless government bureaucrats revenged upon, and a movie producer helping to create a new Hollywood who make up some of the characters in the stories.

The reader will find that some stories are better written or more engaging than others, but that’s the beauty of an anthology like this — readers will disagree on what they most liked or didn’t enjoy as much.

Tales of New America is a panorama through time of possibilities for a thriving and prosperous future for civilization, the Northern European kind, that has done more good for more people and would continue to do so were it re-infused with great purpose and common identity.