New York Publishing by definition has got the rat of Marxism in their
heads.  They always treated writers as widgets anyway.  Round the mid
seventies, early eighties they realized that they had more widgets with
outies than innies, and they decided to correct it the usual way.  “Buy
more women” the cry went out.  And in came not only a barrage of women
who had an easier time breaking in than men, but of women who were told
what kept them out had been discrimination.  And who, therefore, hated
the field they were getting into, because those meanies had kept them
out.  Out came an outpouring of “poor me female” writing.  Which in the
early nineties caused me to snarl at a Barnes & Noble, “I wish
someone would pass a law forbidding women from writing.” After I’d
walked up and down a fantasy shelf and found NOT ONE novel that wasn’t
about some abused high-magic chick whose father was a monster.


Here we digress from writing in general to genre writing.  It will
shock you to realize that different genres appeal to different people,
right?  In general romance – by and far the blockbuster of genres –
appeals to women.  I know this shocks you, since women are not at all by
evolution designed for being fascinated with relationships.  This
doesn’t mean men don’t read it.  I know several men who read Romance
(and no, it has nothing to do with their orientation) but the
proportions are so grossly skewed that if you see someone in public with
a romance novel and can’t see what gender they are, you can take a safe
bet it’s a woman.  At the other end of this, military fiction is read
mostly by men.
Fiction is no different than anything else. If one artificially lowers the barriers to entry, one is going automatically to reduce the quality of entrants one accepts. When it was decided, presumably by female editors and executives, that an insufficient number of female authors were being published in the SF/F genre, many women were given publishing contracts primarily on the sole basis of their being better writers than other female wannabes.

Now, I disagree with Sarah in that I don’t believe the female writers who entered the genre hated the field or even necessarily wanted to change it much.  I think, to the contrary, that they loved fantasy and science fiction, they merely wanted to “improve” it and make it just a little bit more to their liking.  Hence the shifting focus from ideas, plots, and worldbuilding towards characters and relationships… and romance! 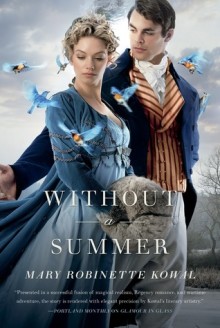 This shifting focus didn’t have to be a bad thing. It wasn’t an intrinsic negative. There was certainly some room for considerable improvement with regards to characters, relationships, and style; one cannot read Asimov, Heinlein, Vance, or any of the lesser SF/F authors from the 1950s through the 1970s without being conscious of a certain clunkiness to the prose and a shallowness to the characters.

The problem was that in far too many cases, the ideas, plot, and worldbuilding aspects were simply thrown out, to such an extent that now, the average “fantasy” novel is little more than a thinly disguised romance novel. In many cases, the “SF/F” publishers aren’t even bothering to disguise it any longer. What is broadly described as “paranormal” fiction actually belongs to the romance genre, not the SF/F genre, as any reasonable examination of its tropes will swiftly reveal.  And the romantic transformation isn’t limited to the necro-bestial sub-genre of fantasy either. Consider the cover of Mary Robinette Kowal’s new novel, Without A Summer. Kowal is the current VP of SFWA. She’s nice, she’s talented, and she’s an award-winning writer. She was even nominated for the Best Novel Nebula in 2010.

What she isn’t is an SF/F writer.  She’s a romance writer. The marketing department at Tor Books clearly knows that. Both the Handsome Prince and the Pretty Princess with her bluebirds on the cover are straight out of Disney.  Giving a Nebula award to a book like this would be akin to giving Joe Abercrombie the Golden Tea Cosy or whatever award it is the RWA gives out because one of his mentally unstable killers happens to tenderly rape a female captive during a momentary interlude between bloody battles.

As for me, the last female writer I read was Dr. Helen Smith and her forthcoming book Men on Strike.  The last female novelist I read was Naomi Novik, whose fantasy novels, as should surprise absolutely no one, manage to reduce the broad human tragedy of the Napoleonic Wars to a pretty good tale about a relationship between a man and his accidentally acquired dragon.

It is due to this transformation from SF/F to R(SF/F) that despite there being more female “SF/F” authors than ever before, none of them compare favorably with the likes of Madeleine L’Engle, Susan Cooper, Ann McCaffrey, Tanith Lee and Lois McMaster Bujold, women who were always more than capable of competing with the men on pure merit alone.