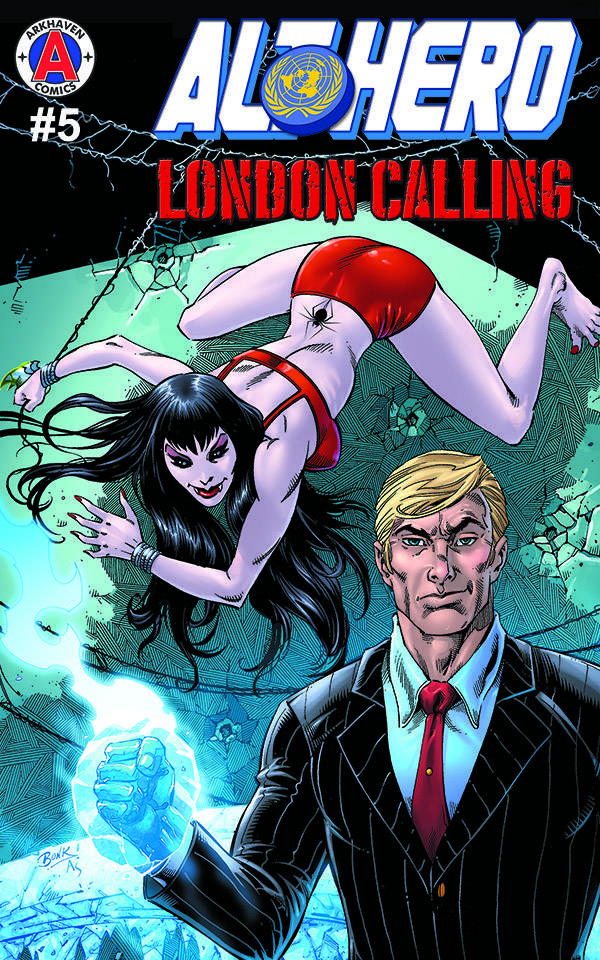 The directors of the United Nations Superhuman Protection Council have learned the hard way that putting pressure on the families of the next-gen renegades is a game far too dangerous to play. But their newfound limitations does not mean they don’t have other resources on which to call, resources that are every bit as dangerous as the superhumans they are hunting.

Bounding Into Comics has an exclusive three-page preview. This is the last issue that will feature the illustrations of Richard Bonk, as he has moved onto Arkhaven’s Swan Knight Saga series, We expect to bring him back to Alt★Hero for the occasional Premium cover, however.